Once there the railway headquarters was there, then the railway clinic, and then one day the building was covered with large sheets and renovation works started. Many inhabitants of Gdańsk wondered what would be there. In June 2017, the riddle was solved: in the immediate vicinity of the railway station, the PG4 Brewery was opened along with a hotel. 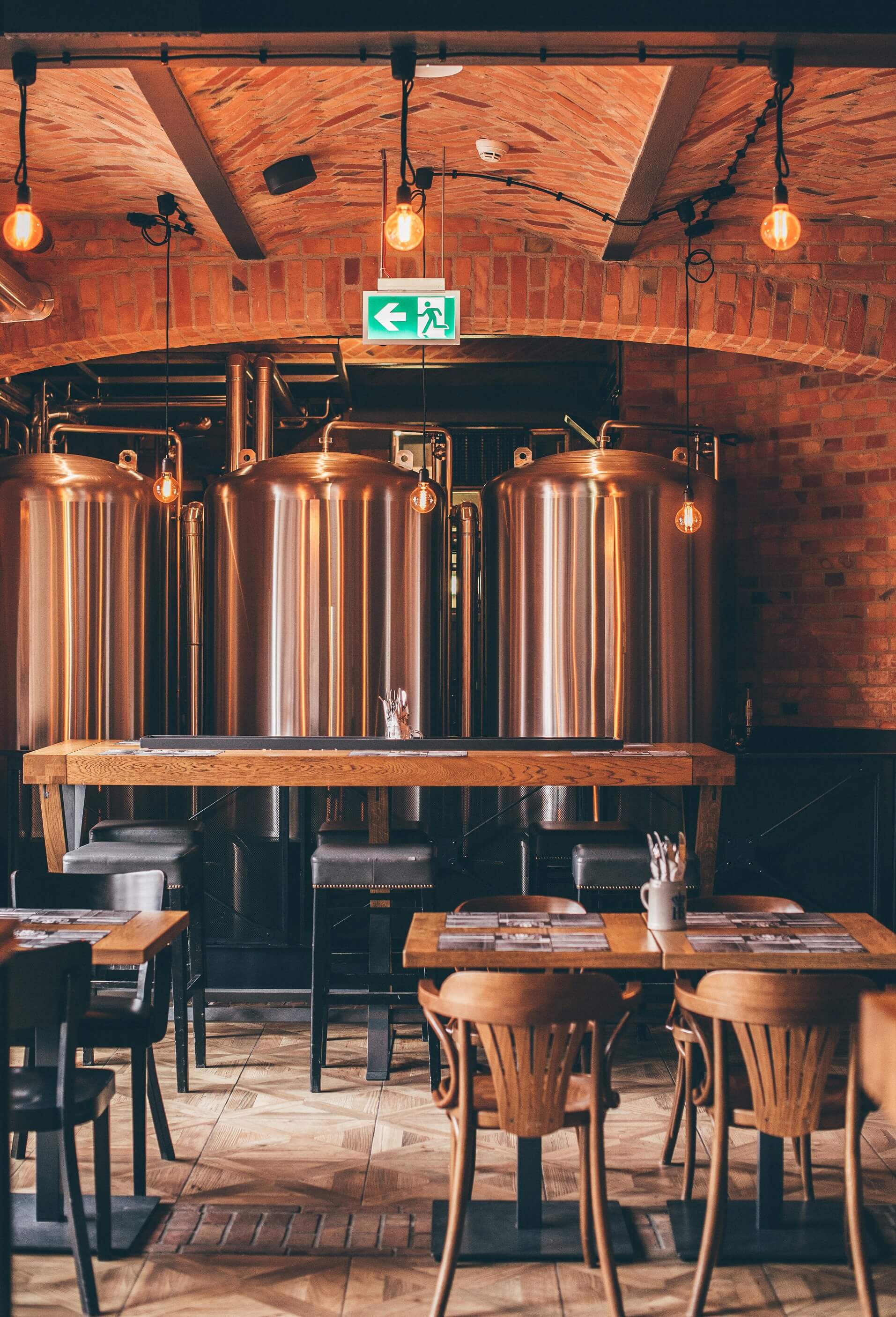 “Beer is PEOPLE”, the motto of this place, has been implemented in every aspect of the place, from the decor to the menu. It is worth visiting just to see the beautiful interiors where wood and brick reign, but the real stars are the shiny copper vats (working and not decorative). Those interested in brewing can feel like they are in paradise, because the staff willingly show around the brewhouses and talk about the beer that is made here. Tours of the brewery are very often arranged, you just need to make an appointment with the service. With a bit of luck, you will go for a walk with the head brewer, the creator of all beers, Johannes Herberg.

Johannes is a brewer with many years of experience. He has created all the beer recipes: from lager, pils, stout, or wheat, to the flagship Old Gdańsk beer, made according to the Old Gdańsk recipe (this beer has been in the Brewery from the beginning).

Currently, the biggest treasure of PG4 is Jopean beer (Jopenbier), produced in Gdańsk since 1449. The efforts to reconstruct its recipe started at the very beginning of the brewery and now you can try the final effect – an amazing dark-colored drink of a distinctive taste. Interestingly, non-alcoholic beverages such as Coke, Fanta and Sprite are made at the brewery, they taste much better than the originals – they are less sweet and more refreshing. 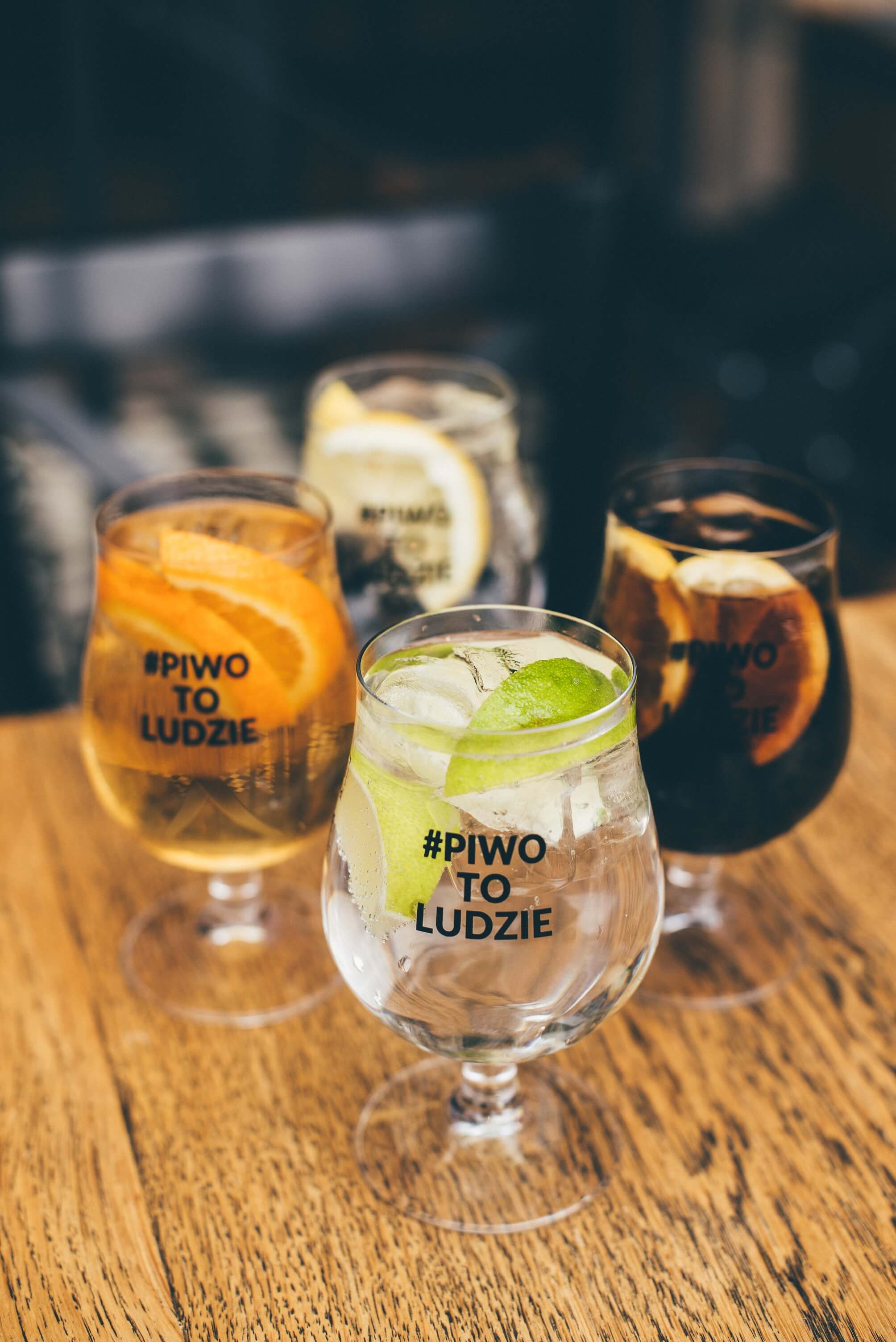 Beer tasting is one thing and a proper menu, emphasizing the taste of this drink is another story. The new head chef of PG4 Brewery, Piotr Domański (with his 26 years of cooking experience), changed this aspect of the place. The menu has acquired character and consistency, and is now based on local flavors and recipes. I know what I am saying, because I remember the menu offered at the brewery’s beginnings. It was quite predictable and would not surprise any diner. The current menu is intriguing and it promises an interesting culinary adventure. Many of the dishes have been enriched with a beer note, for example lemon soup with beer foam or slow baked bacon, marinated in beer and Coke. A suitable beer to go with particular dishes is indicated on the menu.

“Our cuisine has to match the beer, which is our priority and the product we are proud of. Each dish has to emphasize a particular tap that you can try at PG4. There is no European cuisine, there is Gdańsk with some elements of Old Gdańsk cooking. I would even say that we have a brewery kitchen matching the beer. In the kitchen we do not use any semi-finished products, we try to do everything from scratch (we make sourdough for żurek soup, bake our own bread and smoke fish). We cook only with fresh products. The menu changes seasonally, every four months.”

Okay, time for food! I start with herring in saffron milk cap oil with bison grass and gooseberry jelly. 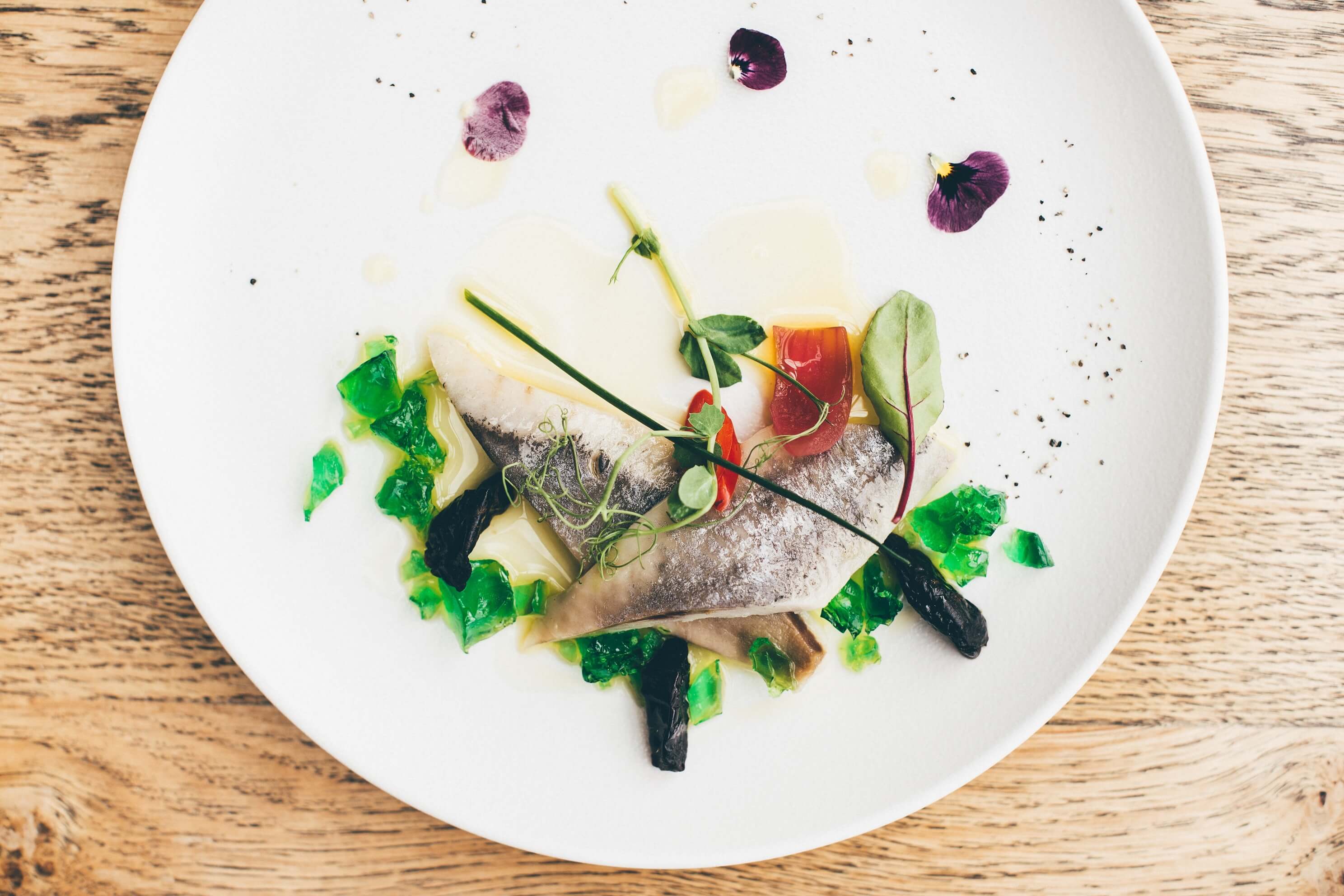 The next dish on the table is a rib eye steak made with dry-cured beef and a hasselback potato (cut on top and roasted) with young carrots and beetroot. 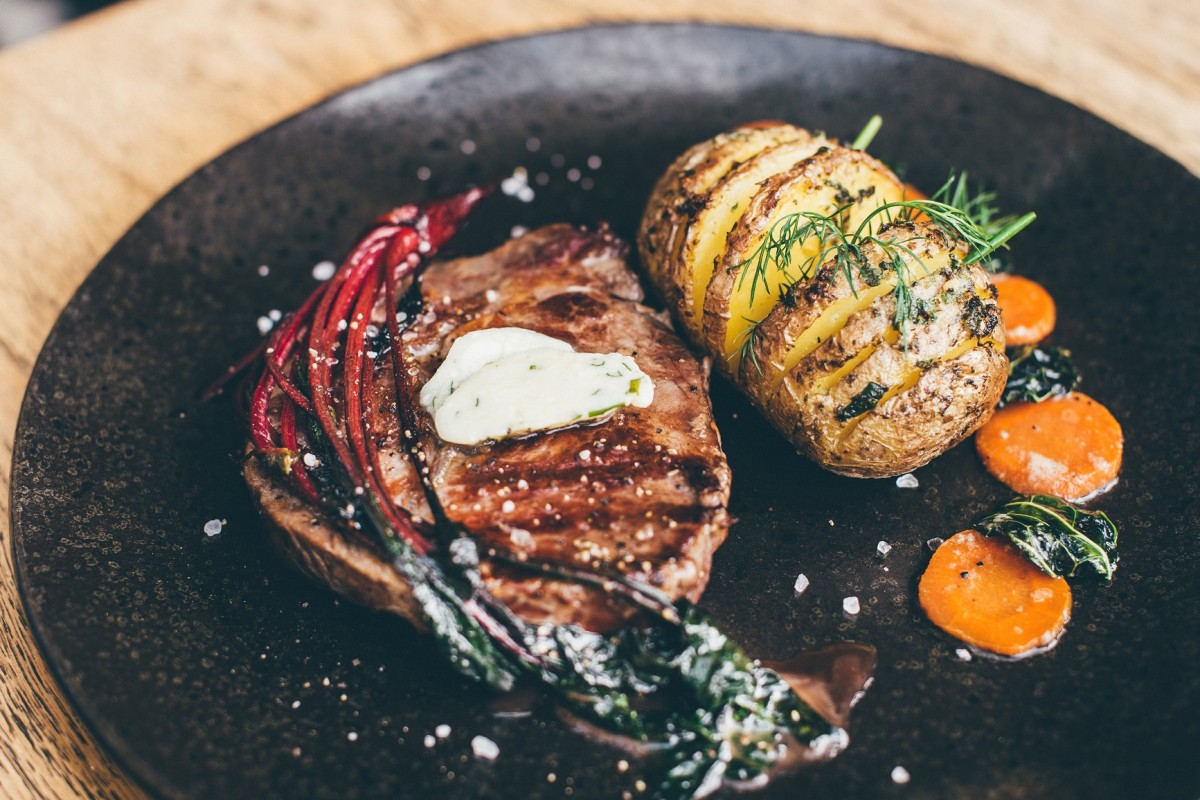 My inner meat eater wakes up rarely and mainly for such feasts – I eat excellent meat and delicious additions with great pleasure. To keep the balance, I try a vegetarian dish – vegetables, mushrooms and pearl barley stuffed cabbage in cream sauce. It is wonderfully light and melts in the mouth. 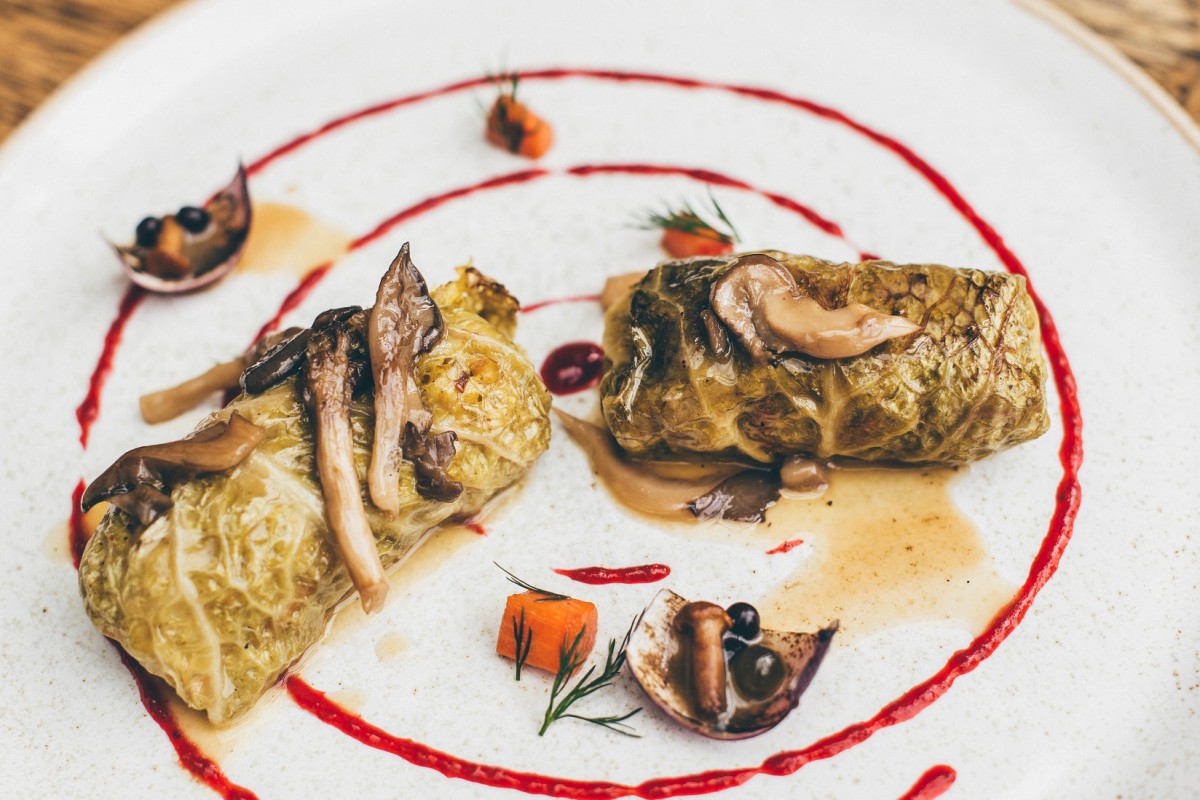 I also take a bite of sea bread with smoked mackerel and onions, which is an ideal snack for beer (and a nice alternative to the ubiquitous pizza). 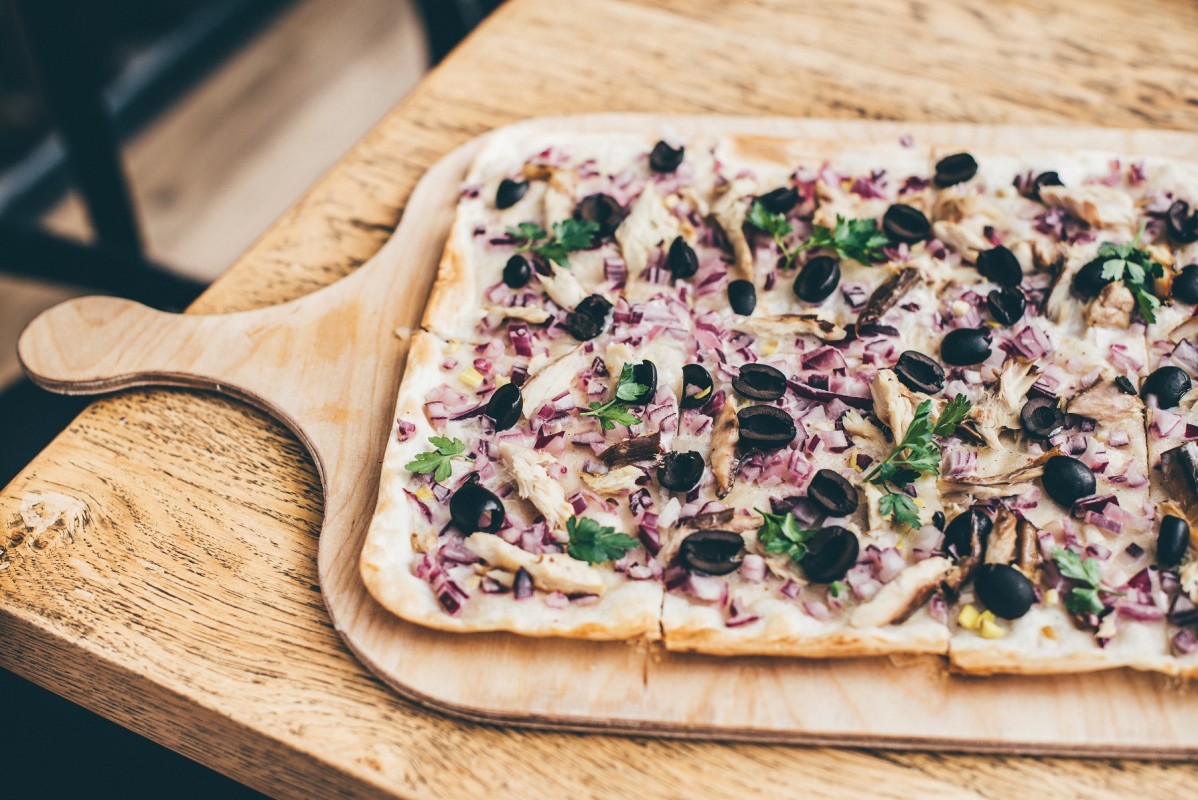 I recommend a visit at PG4 to those who are really keen on beer, a modern décor of antique interiors, and good, fresh, local cuisine that perfectly suits the beer. And one more thing – it is a sin to be at PG4 Brewery and not to try jopean beer!

http://strawberriesfrompoland.pl/
RECOMMENDED FOR YOU
Agro tourism with a special atmosphere

Farma Noe. A back country everyone wants to come to

-We are located in the Kaszuby region, although in quite a specific place. Native residents of Kaszuby call this place “gochy”, which in their language...
>
amber&design

The Past Embedded in Amber

The village of Świerzno in Miastko municipality is home to a unique amber workshop. Established by Erwin and Alicja Witrambowski, it has been operating since...
>

Autumn flavours on the farms and bazaars of Pomorskie 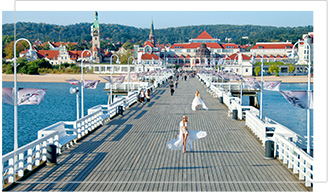 Pomorskie is a unique region with a high quality leisure time offer, which is now promoted under the Pomorskie Prestige brand.

This error message is only visible to WordPress admins

Error: API requests are being delayed for this account. New posts will not be retrieved.