Kociewie, the graceful gem of Pomorskie

Kociewie is a picturesque fragment of the Pomorskie region, where everyone will find a place to call their own. Varied landscapes, full of hills and rivers, create a “distant part of Poland” vibe. In reality, Kociewie is located where Pomorskie and Kujawsko-Pomorskie Voivodeships meet. It stretches from the Vistula river to the Kaszuby region, with which it overlaps. These are, however, two distinct regions. The etymology of the name is not certain, although it is thought to have come from the word “Gociewie”, which is an old Polish word for a region inhabited by the Goths. What is certain is that Kociewie is far less popular than the neighbouring Kaszuby region, which has its benefits.  Travelling throughout the region will make you feel like a true explorer, discovering natural gems, as well as culinary masterpieces. If you’re lucky, you may even hear the local dialect, which always brings a smile to my face. I love people who nurture such unique traditions. 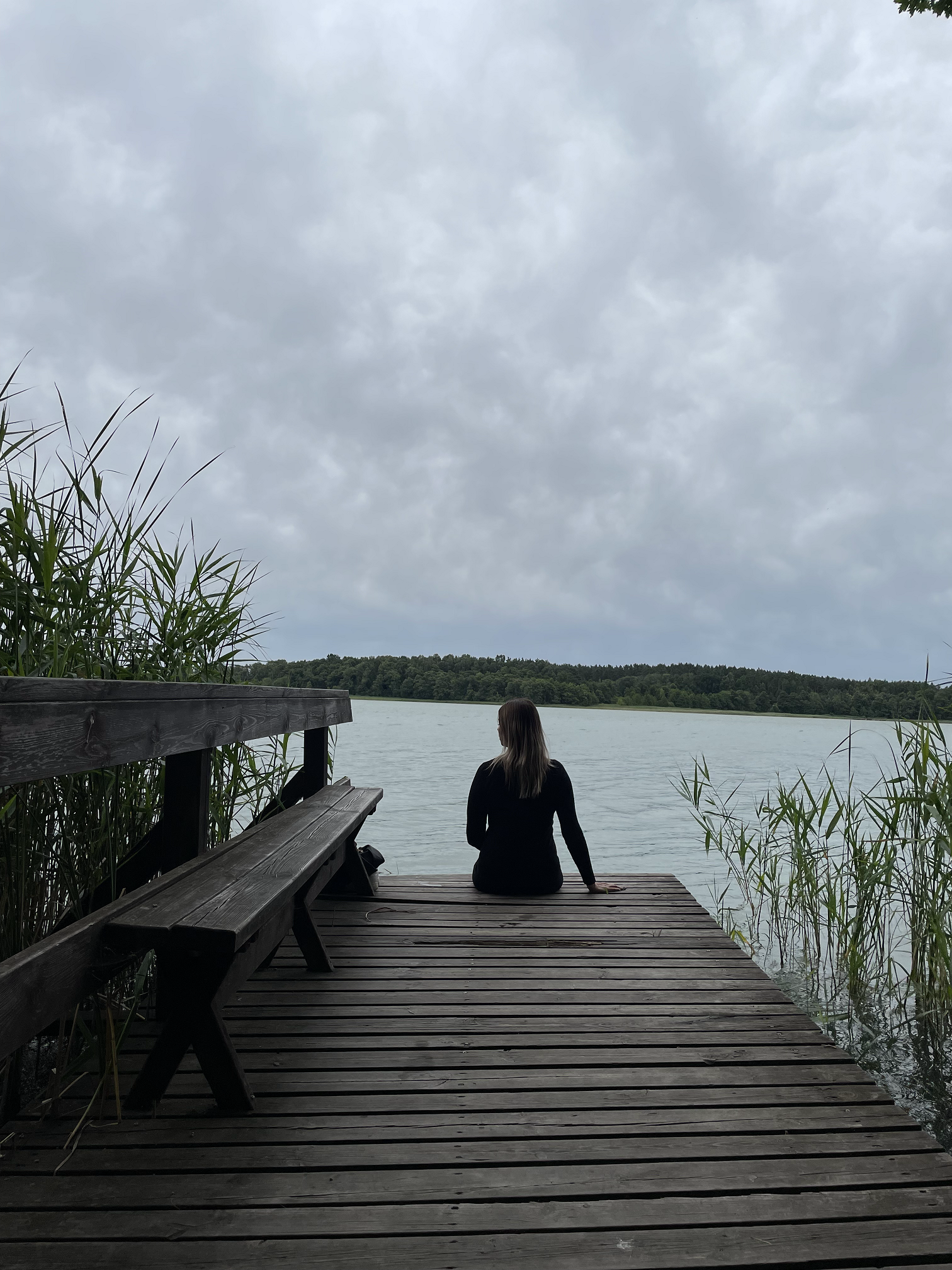 These are breath-taking  views. At times, I really thought I was in Biebrza National Park, while in reality it’s just an hour’s drive from the Tri-City. Arbor in Latin means “tree”, and arboretum is a place in which trees and bushes are collected and studied. In the past, their value was mainly scientific. Today, they exist to please the eye.

The Arboretum in Wirty dates back to the 19th century and is the oldest forest arboretum in Poland. Just looking at the map left me speechless: the area is huge, and it’s more than certain that this is not a place for a short walk. You just have to see everything. Along the way, I encountered scenery straight out of a fairy tale: from picturesque bridges and ponds, to mysterious, and a bit gloomy wetlands. Further along the way, I reached a breath-taking lookout point. From the terrace, along a flight of stone stairs, you can reach the jetty on the Borzechowskie Lake. I have to admit that I am quite picky and hard to impress when it comes to lakes. But this one?  This one stole my heart in an instant. I cherished every moment my feet were covered by crystal-clear waters of the lake. Despite it being one of the most characteristic spots of the arboretum in August, the peak of high season, I passed only a handful of people. What made the greatest impression on me was the footbridge. I will be returning here in other times of the year, just to see the landscape change. This place is perfect for both romantic walks, and family trips. If you’re a dog owner, you can take your best friend with you, as long as you don’t let them go off the leash. The arboretum is open all year, with visiting hours varying month to month. 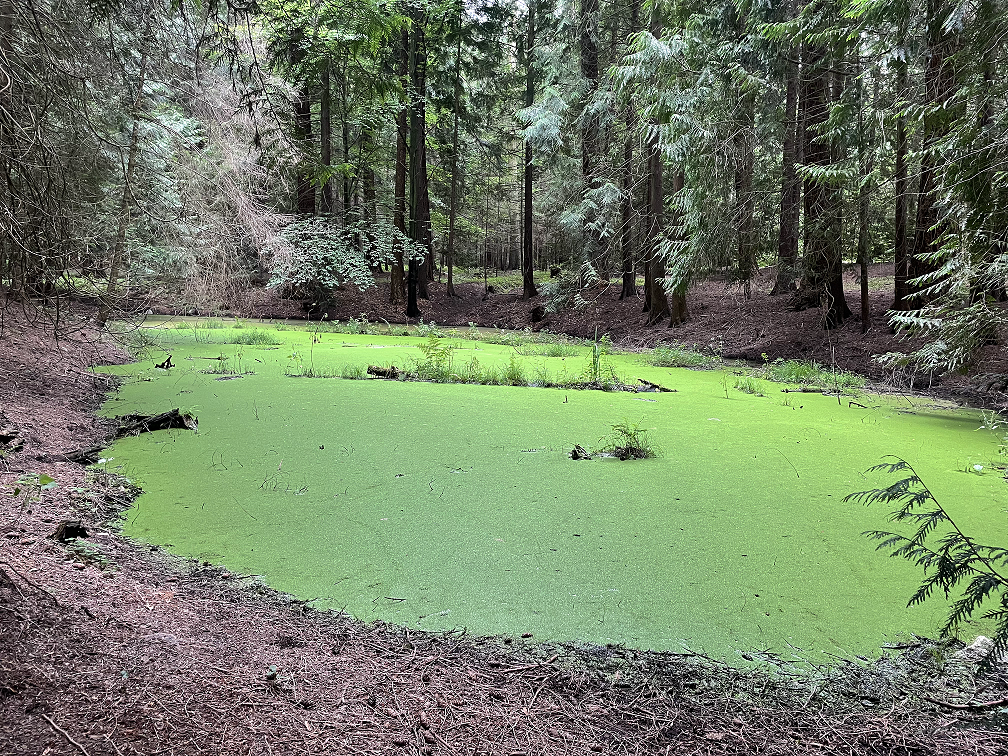 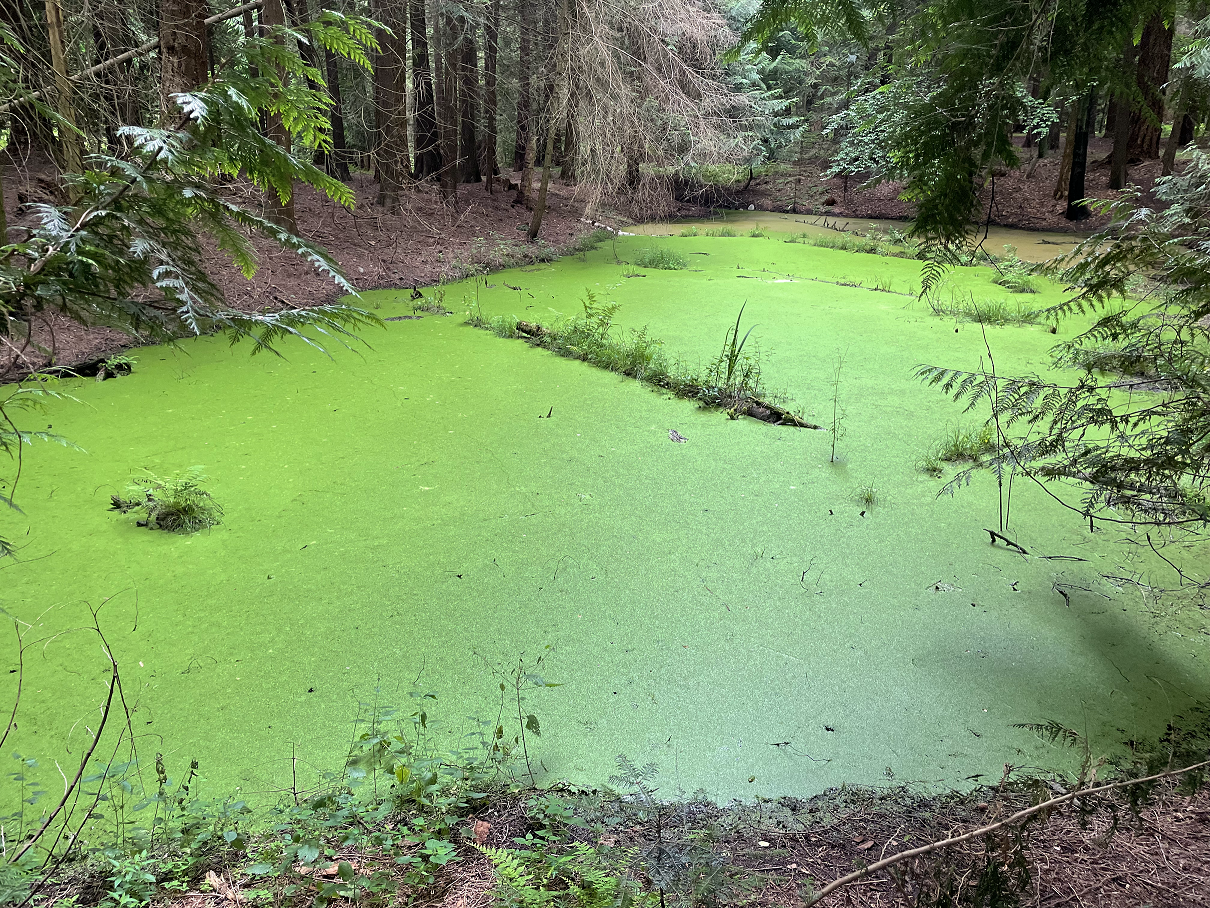 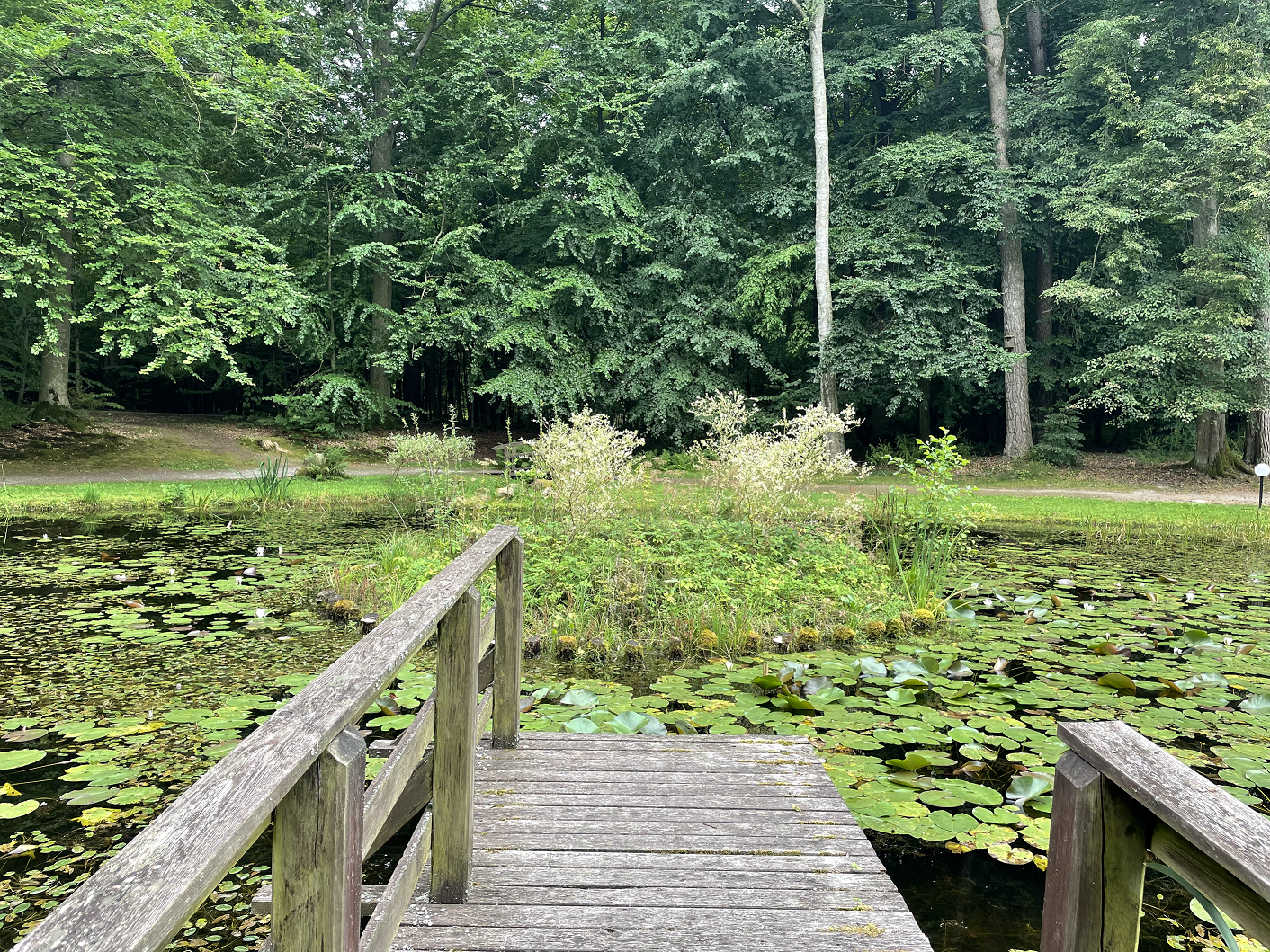 Can Kociewie boast its own cuisine? To be honest, I wasn’t certain, and nothing came to my mind. After visiting Wirty, I decided to try the local inn, “Pod Wygodą”. I read that the inn participates in the European Culinary Heritage project. On my way there, I constantly looked at the GPS. I was certain I took the wrong turn somewhere. I checked it so you don’t have to worry: the inn is located off the beaten track in the picturesque village of Sumin, among historical Prussian architecture. Now, before I visit any restaurant,  I like to check its menu beforehand. This time, I had a problem finding one, and it soon became apparent as to why.  I was greeted by the lovely owner of the inn. Kociewie is her little place on Earth, about which she can talk with passion. Her tavern doesn’t have a menu because their menu changes every day, and all food is prepared on the go. There are only several items to choose from. The recipes were passed on from generation to generation. Among all the delicious treats, you will find gulandzie, the regional take on the classic cepelinai, as well as parzybroda, a traditional cabbage soup, whose name can be translated as “chin burner”, or “beard burner”. The food is phenomenal, based on the ingredients straight from the local garden or regional suppliers. I got my dandelion infusion in an original porcelain cup straight from the family collection. When you’ve placed your order, make sure to check out the entire complex, which is a literal treasure trove. There is even an outdoor museum of  historical farming machinery . It’s a place that you want to get back to. If you want to take home some of the regional delicacies, you can do that by buying delicious preserves. There are plenty people here during weekends, so better book a table. 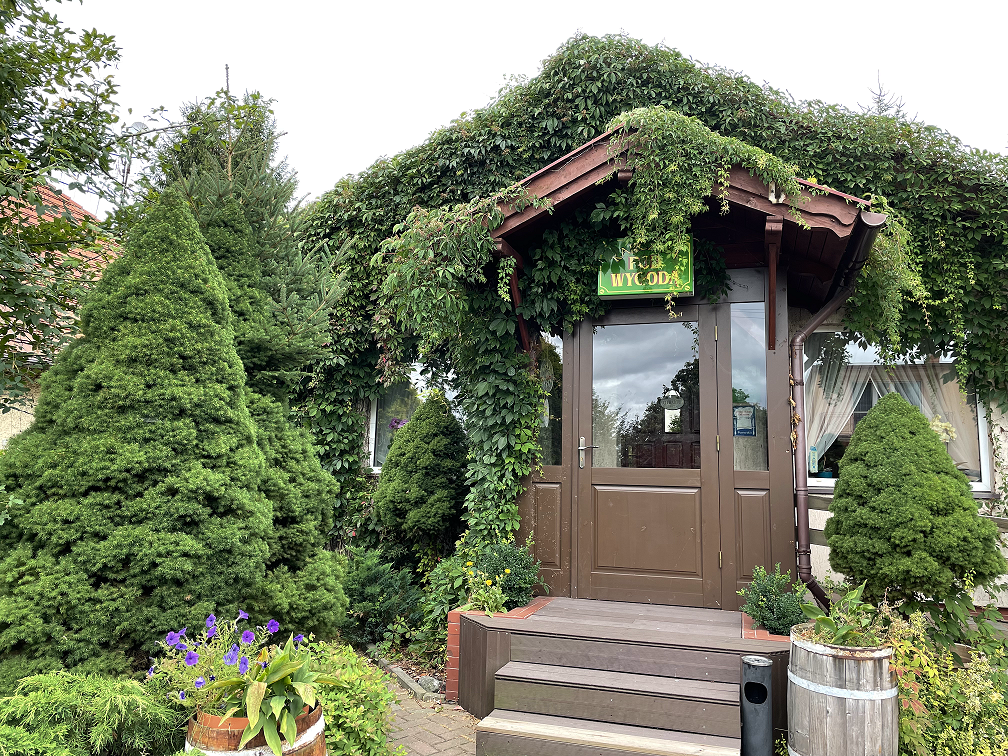 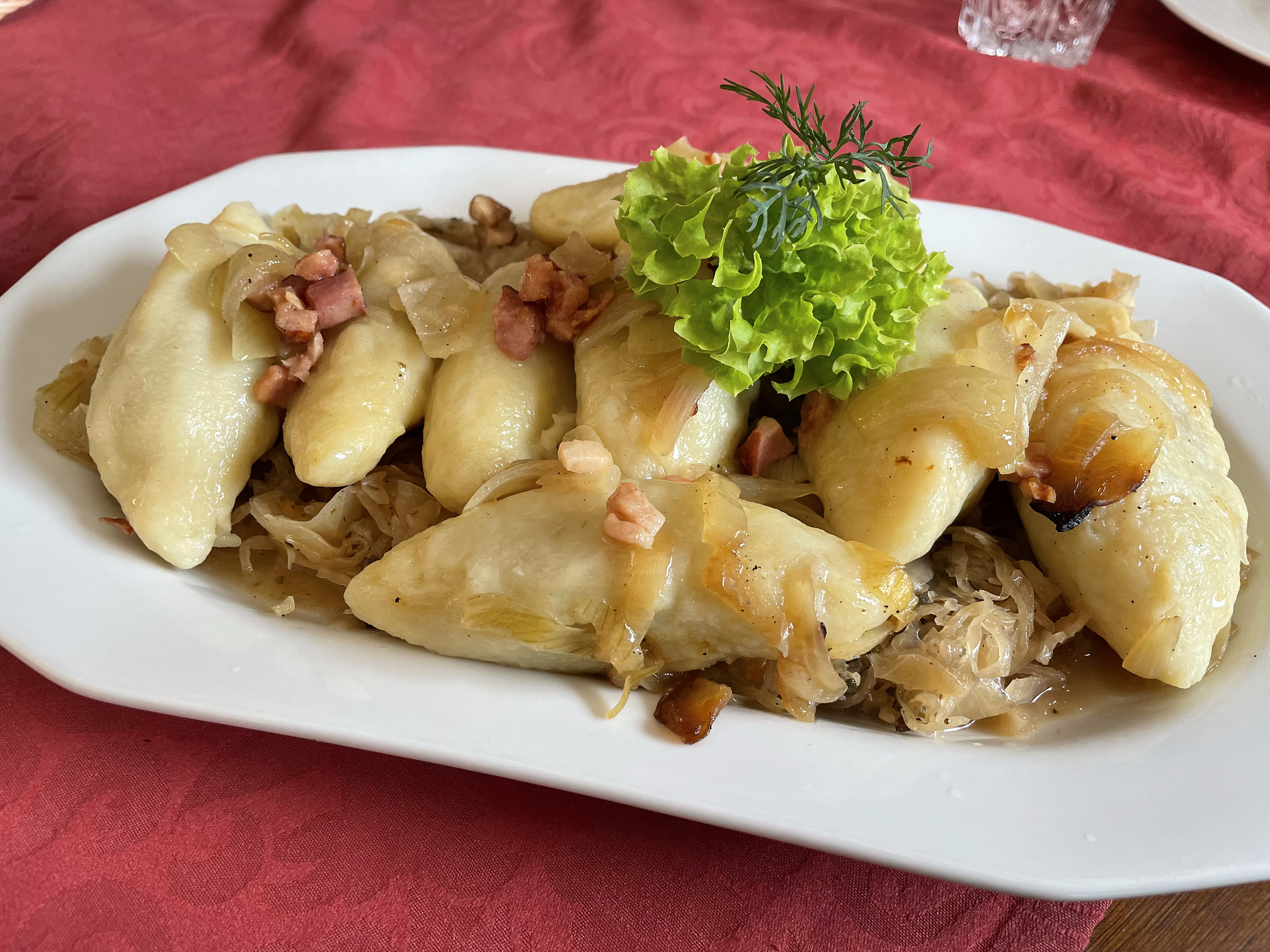 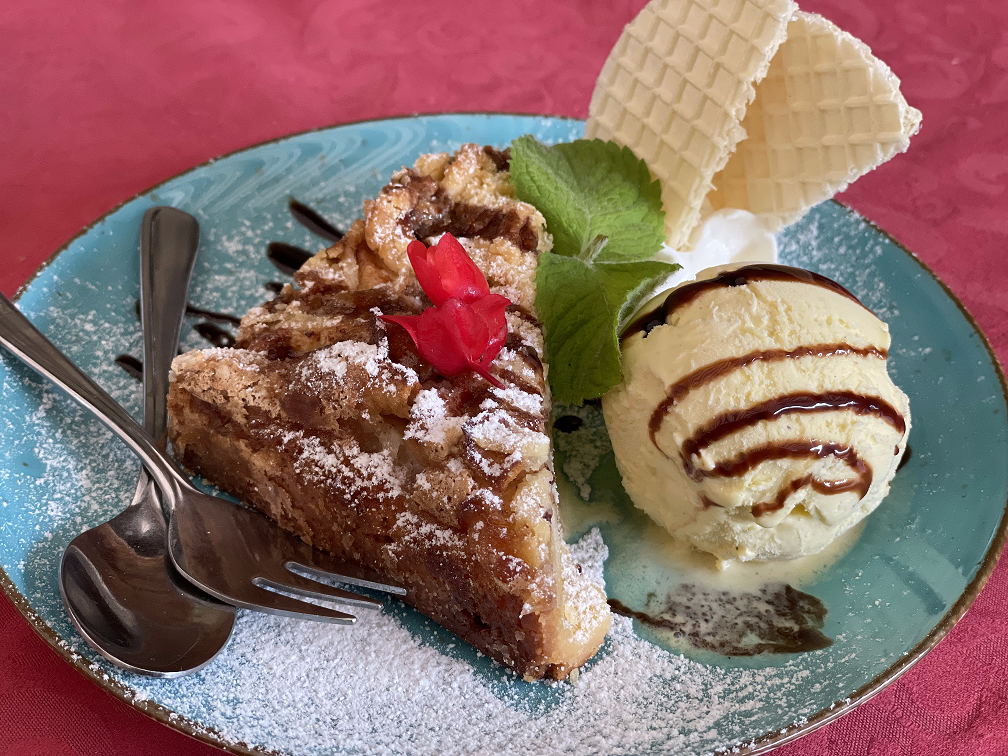 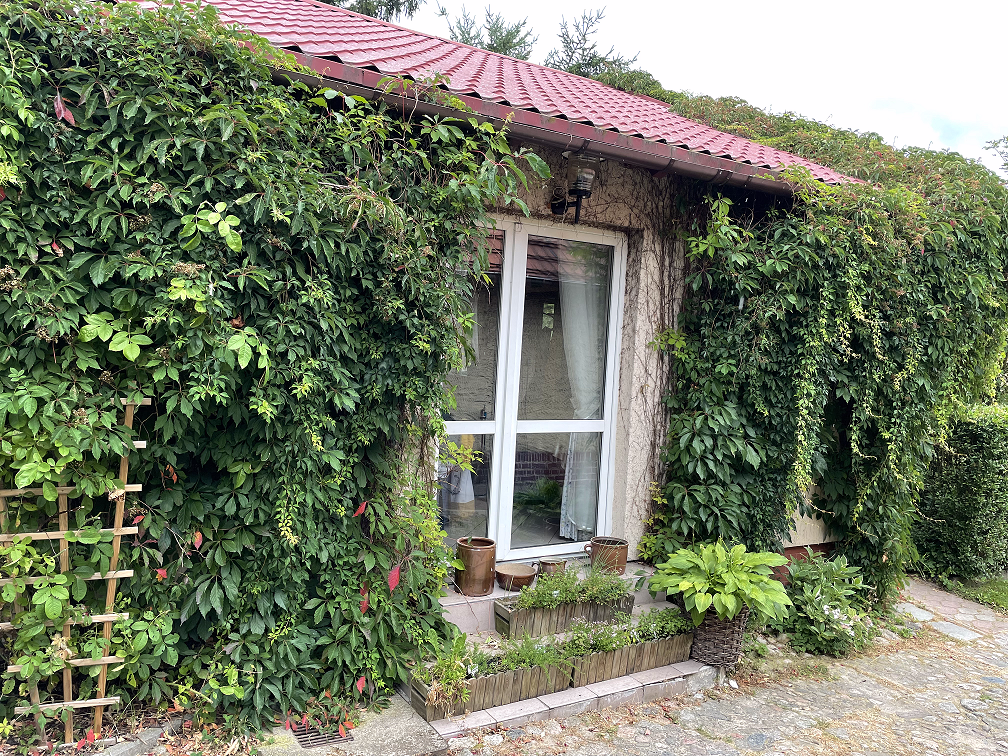 Marvels of the Tucholski Manor in Kociewie

Spending a night in Kociewie can become one of the highlights of your life. Like when you visit the  Dworek Tucholski (Tucholski Manor) in Zblewo. The impressive building, located behind an inconspicuous gate, is part of a complex that includes several other buildings, a pool, and a gorgeous garden. The complex offers several types of accommodation, from apartments to picturesque hunting cabins, which is what I would’ve chosen. The manor is perfect for business purposes, as it provides the necessary conference facilities, but also for a family trip. There is no way you will be bored with everything there is in store for you: outdoor swimming pool, football field, playground for children, and many more. I would love to come here for a weekend with my family, if only to get away from the city. One of the most eye-catching elements is a grill gazebo next to the pond. If it weren’t for its surroundings, I would’ve sworn that I was in a picturesque park. Everything has a traditional, local note, which was made possible by the proud owners of the inn. If you don’t want to cook, then you will be happy with what the Grota Solna (Salt Grotto) restaurant has to offer in terms of Polish cuisine. 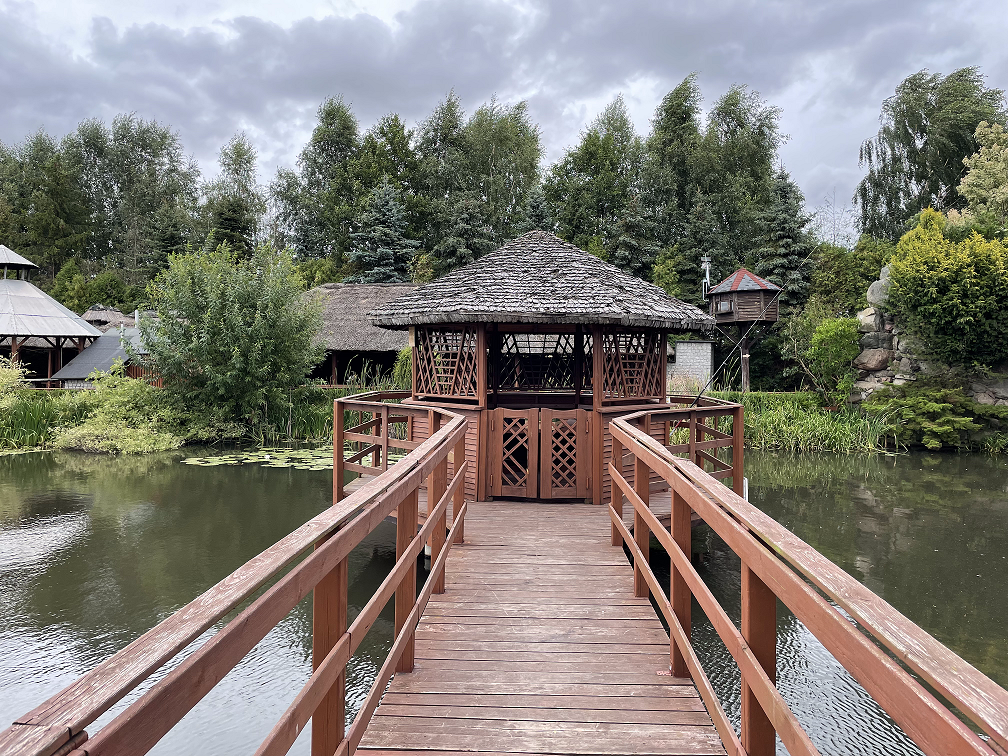 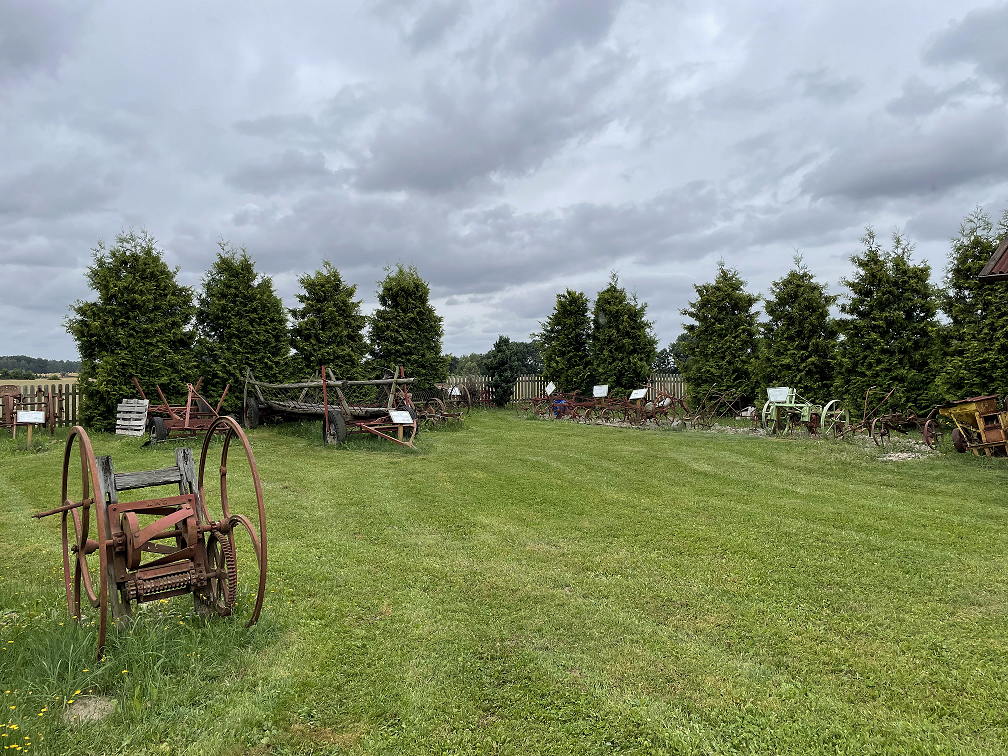 Kociewie is an excellent destination for people who value active leisure. It offers the opportunity for long walks, as well as water tourism. Wda and Wierzyca rivers are perfect for kayaking trips. If you can’t live without picturesque landscapes and excellent cuisine, there’s not time to waste. Start planning the trip!

Held every year at the turn of August and September, the Festival attracts artists, craftspeople and throngs of Gdańskers. Mariacka Street is not only a...
>
amber&design

Magic and finesse. A visit to Beata Kołodziejska’s headwear studio

The Tuchola Forest – a pine kingdom

Pomorskie is a unique region with a high quality leisure time offer, which is now promoted under the Pomorskie Prestige brand.